My treatment isn’t approved by NICE, The National Institute For Clinical Excellence (and that’s OK with me).

Over the last few years there has been a revolution in the way we view, commission and use mental health services in the UK. One of the biggest changes is a push towards providing purely evidence based treatment. These days if you have a product or treatment for mental health and you are trying to break into the NHS market I can guarantee that one of the very first questions you will be asked is “where is your evidence base”.

Is this enough evidence for you?

Despite the title of this blog I do mostly agree with this approach. For most of it’s history our mental health services, in terms of size, access and treatment offered, have been haphazard at best, often based on gut instinct and previous experience rather than data and scientific evidence, mostly because we don’t have enough of either. This has resulted in a landscape that is incredibly difficult to navigate, not just for service users like myself but also for families, friends, other sectors and even the clinicians and commissioners. Worst of all it has resulted in a postcode lottery of services, which if youre lucky you win but all too often means that people do not receive the best care possible..or in some cases any care at all.

As you know I have used NHS mental health services on and off for twelve years now and have experienced four distinctly different services in three geographical locations. It was only after my most recent referral to mental health services since moving back to my home town last year that I realised not only the real extent of the postcode lottery but also truly felt the personal knock on effects.

To paint a picture..

When referred to my new trust I received a phone call within a week from a lovely man who immediately apologised that i would have to wait 6 weeks for an assessment. I tried to choke back laughter as he was so apologetic about a time that for me, with my previous experiences, seemed almost miraculous. After having the assessment I was immediately given a care co-ordinator (the same woman that assessed me). She once again apologised and said that it would be 3 months until I could start treatment. In the meantime I was contacted by another branch of the service who offered me 29 sessions of group therapy for 2.5 hours each week to “tide me over” until the 40 sessions of individual treatment started – probably the most treatment I’ve ever been offered by a service.

Flash back a few years and one county over I had a very different experience. I was referred to the same type of mental health team, I then spent 13 months (yes, over a year) waiting for an assessment while both my physical and mental health deteriorated. When I was finally seen i was told that they could only provide minimal support and that (direct quote) what I needed (i.e. more than 12 sessions) was “not available on the NHS at the moment”. We considered putting me on the waiting list (at least another year long) for treatment but decided against it because, due to a reorganisation in the trust they weren’t sure if the service I was waiting for would even exist by the time I got there. It felt a bit like stepping onto an escalator that you know may have nothing at the top.

But back to my initial statement, what is this non-NICE approved treatment and why don’t I care that it comes without this gold stamp of approval? Especially given my dedication to improving mental health care in this country.

Well the group therapy I recently started is called RODBT..I must admit its actually so new that even I hadn’t heard of it, and with my background that’s surprising. It stands for Radically Open Dialectical Behavioural Therapy (quite the mouthful) and is a form of What is DBT which has been developed to help people like me with chronic Depression and Anorexia. It is being used in some other countries and all early stage research is very positive however it is not far enough down the evaluation line to have the coveted NICE approval.

I’d never had group therapy before now so I really wasn’t sure what to expect and it turns out neither did the clinicians as this is the first time they have ever delivered these new sessions.
Welcome to the guinea pig club. 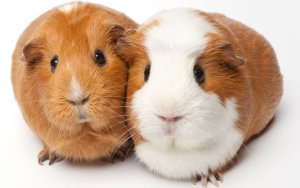 They stated in the first session to us all that we would have to sign a consent form to say we understood that this was NOT NICE APPROVED TREATMENT. Given what I said in the first paragraph you might have expected me to run a mile after hearing this and not sign the form, after all were told time and time again how important it is for treatment to be evidence based. In fact I was quite relived.

You see a NICE guideline may be the gold standard but because of that NICE also have to do a lot of research and be very thorough. It actually takes on average two years to rewrite a NICE guideline, let alone write one from scratch, and like randomised control trials (RCT) it may be the gold standard but it’s (by its very nature) quite removed from the realities of creating and trialling any new treatment or product. Certainly it’s a barrier we come across frequently in the digital mental health world.

Now for me as a patient, obviously I want good care, I want to have faith and confidence in the treatment I am receiving but I don’t particularly want to wait two or more years. Maybe some will see that as selfish or impatient but I’ve been ill with this particular condition for 13 years now, exactly half of my life and quite frankly I can do without another two years of the pain and suffering this disease causes. Not just to me in terms of my mental and physical health but also for the sake of my partner, my family, friends, employer and colleagues who have to deal with the fallout and pick up the pieces in the meantime.

I also don’t mind being a guinea pig, if it works then I will be ecstatic and maybe I can have a bit of my life back from the monster in my head. And if it doesn’t turn out so well then at least we tried, got some evidence and it can either be shelved or better, tweaked, so that the next group have an even more helpful experience.

So in conclusion, generally speaking evidenced based treatment is a very good thing. We need more of it. However getting more evidence bases involves conducting a lot of ongoing, extensive and time consuming research and so care cannot be put on hold during this time. We need to make sure that “evidence base” isn’t used as a barrier to buying new products or services and that people can still receive good quality care even if it doesn’t have a golden seal of approval just right yet.

If you’d like to learn more about the move towards evidenced based treatment I’d recommend checking out the work of the Evidence Based Practice Unit (EBPU) which is run by University College London and the Anna Freud Centre. 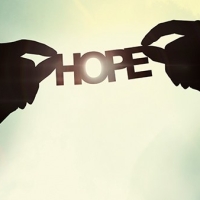 wE'Re AlL mAd HeRe
zedkat
Walk a Mile in My Shoes